Just when I've figured out how to get my way in Korea, it's time to leave.

And not in an "I'm an American. I'm entitled!" sort of way. Not in a way to take advantage of people. But a way to make my life easier.

I've learned my role in society and how to use it to my advantage.

Before, when my phone got stolen, I ran around yelling at everyone and demanding that I not have to pay because it was STOLEN AND I'M FROM AMERICA. This did not work because

1. I did not speak Korean
2. My translator was too embarrassed to translate my angry American demands
3. I didn't understand how Koreans work.

Now I've figured out how to make my day easier. For example:

Yesterday, after working out, I went to the grocery store. I bought ground meat. Next stop was one of my favorite soup places for lunch, but was worried about letting my meat sit out. (ha)
But, since I frequent this place, and Koreans view foreigners that eat alone as lonely, sad souls, I knew that the ajummas* would maternally grant my request. A simple request. Woman to woman. I showed them my meat (ha) And woman to woman, they understood I wanted to keep it in their fridge.**

And thus, my day was much easier. In the past, I would have fret about going home first to refrigerate the meat and then go to the restaurant, but by then, I'd be STARVING...etc...

Now, life is much easier. And the ajummas love me.

*married Korean woman. Usually older with short, permed hair and mismatched floral clothing. They wear visors year round and when encountered on the subway, have elbos and shoulders made of cement.

** this post is not a metaphor about banging the ajummas at the soup place.

You can read more of my adventures at I am in South Korea.
Posted by flux biota. at 11:30 PM 5 comments: 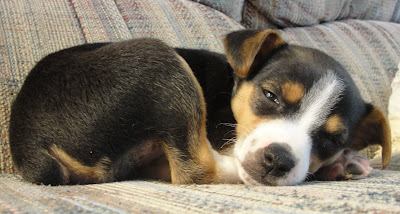 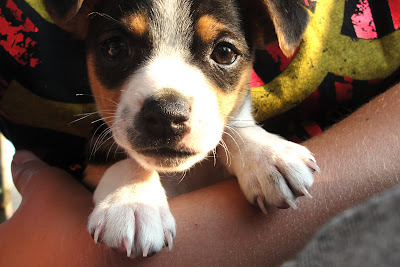 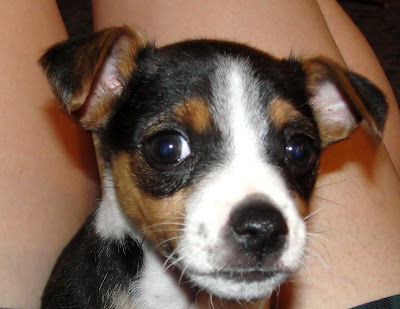 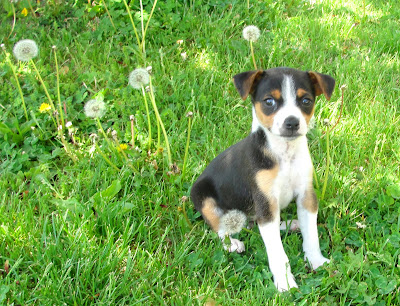 This is why I've taken a blog hiatus. Meet Mudd. A little rat terrier that has stolen my heart and my time. Dang, he's cute.
Posted by flux biota. at 4:42 AM 6 comments:

Sorry about the brief hiatus.

jeez, puppies are a lot of work.

When I come back...puppies, drawings, poems, and a story or two! 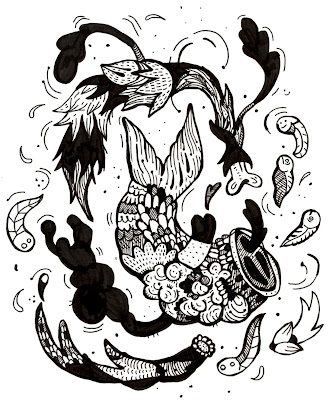 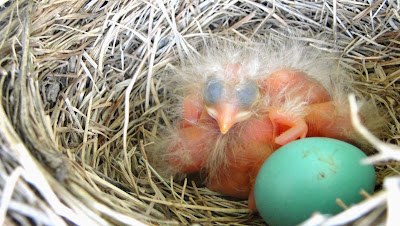 baby birds kind of creep me out.
Posted by flux biota. at 5:02 AM 2 comments: