This story has a happy ending. 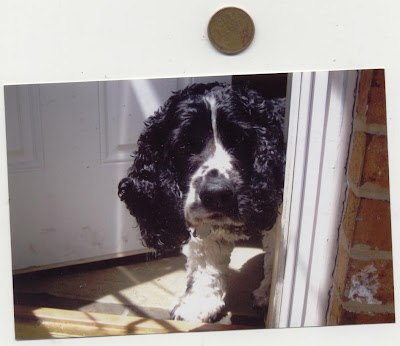 This is my Ryder-Dog. He's been my best friend since I was 13. Last night I called my mother to have a chat and when she answered her "hello" sounded shaky and panicked. I asked her if everything was OK and she gave me the run down of the day.

"Ryder has disappeared. We've searched the house three times over and he isn't anywhere. I left for work and he was on the couch. George called me at 3 and told me the dog was MIA. We have no idea where he is. We think that someone may have opened the door at some point during the day and Ryder escaped."

My first reaction was to freak out. I tried to remain calm and told my mom that people love cocker spaniels. Anyone would stop their car and try to save the lil' guy. Don't freak out until day three...then you're allowed to freak out. We spoke for ten minutes and figured out a game plan. Then I hung up the phone and proceeded to freak out.

Ryder is 16 years old. Although he's pretty darn healthy he is deaf. I began to worry about the cars, weather, bad people...all sorts of stuff. Terrible thoughts ran through my head and I worried that I would never see my best friend again. I was worried that we would never know what happened to him, that we'd all have to live with a horrible mystery.

I cried myself to sleep.

Then morning came. I called my mother and we voiced our insecurities about the situation. We spoke about how amazing Ryder is and how we knew we'd find him. My mother said goodbye and started her day of flyering and shelter visiting.

Two hours later I called my mother to find out how the search was going.

Ryder did escape from the house. That 16 year old cocker spaniel wandered across several busy intersections and ended up on the other side of town....THREE MILES AWAY! I couldn't believe my ears. Apparently, people called the local shelter and told them about the Ryder sightings. An officer was sent out to pick up my wayward pooch and he was taken to the Oak Park Animal Care League Shelter. I am going to send them a 50 dollar donation today as a huge thank you for saving my best friend.

I couldn't have asked for a better ending. I'm so thankful for all the people who worked together to find Ryder. I wish I could hug all of them. So, people...don't take your dog for granted. Get your dog micro-chipped. Take your dog for its annual vet visit. Hug your dog daily and try to be the person your dog thinks you are. 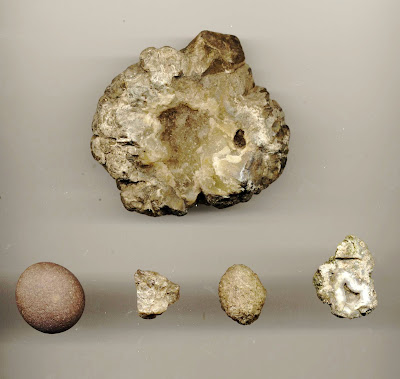 Its been a good week for treasure hunting. First the fossils, then these geodes and finally........ 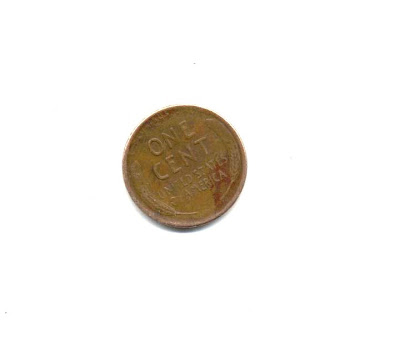 A 1948 wheat penny! I found it in the take a penny leave a penny tray at Kum and Go (the most hilarious name for a gas station...ever). 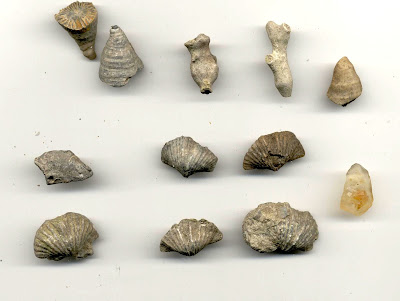 Sunday was pretty nice. The sky was blue and cloudless... sunshine made the air warm, no wind was present, and there wasn't a lot of snow to speak of. Sunday was perfection.

A perfect day is easily wasted and I didn't feel like doing that. Mudd, Kyle, and I hopped into the truck and drove towards my new favorite ditch. This is what we found. 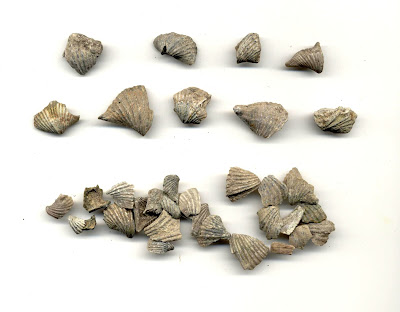 Overall, pretty damn successful. We even found a new kind of fossil. In the top photo you'll see some fossils that look like branched coral...yup, I'm pretty sure those are branched coral. Its always cool to find a new specimen for my collection.

Another cool thing...THIS IS A GEODE DITCH!!! I found evidence of geodes. More on that tomorrow.
Posted by flux biota. at 6:09 AM 3 comments:

To celebrate this unnecessary holiday I will share my favorite Valentines Day story.

There once was a kid named Jaime, Jaime went to my high school. He was a nice boy. He always sported a dapper middle part and a well pressed nine inch nails shirt... I didn't know the guy too well but I did know that he was permanently attached to his girlfriend. And Valentines day was coming up.

What to buy, what to buy for a girl that has everything? Jaime decided to hop on the bus and hit Spencers at the mall. There he would procure a pair of edible undies for his lady friend. For those of you who don't know, edible underpants are essentially fruit roll ups shaped like a g-sting.

Jaime thought he hit it out of the ballpark. The gift was sexy, romantic, and totally cheap. What lady wouldn't like a gift from Spencers? Jaime took the bus home, yanked on the "let me out!" chord, and hopped off. Gift in hand he walked up the stairs to his lady's apartment.

"I think we need to see other people."

Despondent and totally hungry, Jaime got back onto the bus, rode it home, went into his room, and proceeded to eat the pair of Valentines Day edible underpants on his twin bed all by his lonesome. Poor guy. I'll bet they tasted terrible.
Posted by flux biota. at 5:25 AM 8 comments: 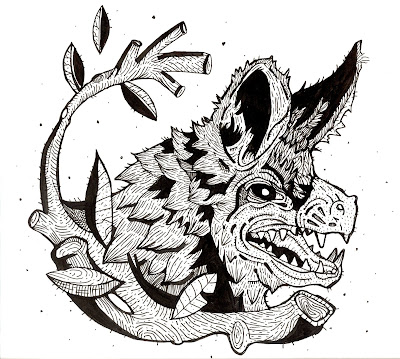 click on the image for a better view.
Posted by flux biota. at 5:22 AM No comments: 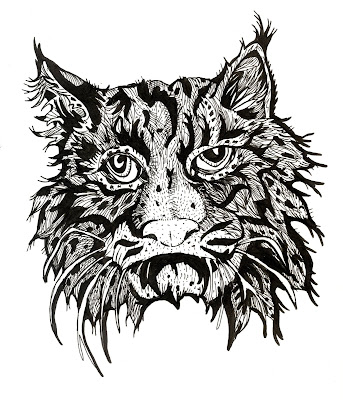 click on the image for a better view.
Posted by flux biota. at 5:23 AM 6 comments: