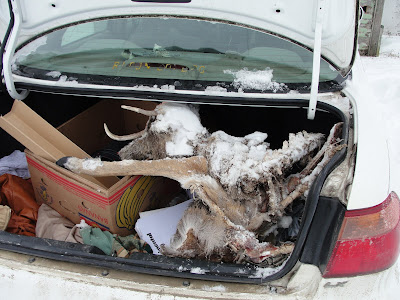 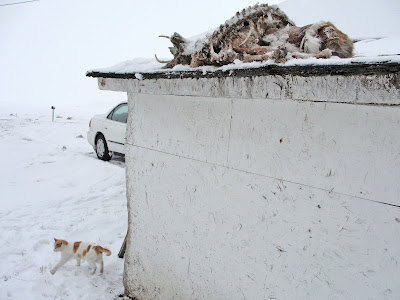 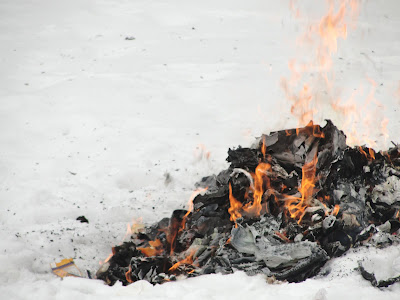 I started off my day by taking a deer from the side of the road. He wasn't alive, obviously, He's been hidden under a lot snow this winter and it was my first chance to aquire him. I placed him into my trunk and drove home. Eventually I'm going to put his skeleton back together, scientist style, but I think some coyotes chewed his ribs off so he only be a partial specimen. I'll buy those dermestid Beatles to clean him up. But, moving on...
I put the spike on top of the shed where it quickly became a disgusting snack for the Porch Cat. Then I burned all the cardboard I had in the house, I added some wood, and had a nice fire.
I swear, I'm not crazy. But it sounds crazy. God, I'm crazy. But this is what I do when left to my own devices. That was my Sunday. oh yeah, and I drew some pictures.